I remember walking into a coffee shop not far from my office a few years back. After opening the front door, I was met with the sound of the espresso machine hiss at the barista and the phrase “banana white mocha” proclaimed from behind the counter. The room was warm and cozy like, people everywhere muttering as they shared stories and life with others. I was there meeting a client, a meeting that seemed to happen far too often as our company grew, but I always looked forward to these meetings. You see, I was there selling an idea.

My objective was to get the client to realize that they needed to try something new, take a different road or see a new perspective. Something we could help them create; an event or a piece of visual media. These meetings weren’t just routine for me, they were the lifeblood of our success. So as you can tell, when it came to selling an idea, I was destined to find the secret ingredient.

Whether it was a client, boss, pastor or just trying to get a friend to do something different, you’ve likely found yourself in this same position as I found myself countless times. It’s no easy task, and the longer I’ve been in a creative field, the more I encounter the skeptics, the antagonists and those who don’t want to challenge the status quo. They’re threatened by the concept of a new idea.

Today, almost a decade from that coffee-shop meeting, I’ve found the secret to selling any idea.

The Secret to Selling Any Idea

When trying to sell an idea or cast a new vision, we can’t leave our “selling” to the mechanics of the idea. I’m talking about answering the questions of who, what, when, where and why. Selling an idea through mechanics alone is like trying to describe a painting through mere details about the painted angles, the shades of color and the texture of the canvas. It’s difficult to sell.

Do you want to lead a new initiative at work?
Try selling an idea of what people will feel after the new idea comes to fruition. The impact it will make on their lives and how they’ll feel about said impact.

Want to pitch a new design for your stage, brand, website, event or marketing material etc?
Identify for your team the feeling that will be conveyed, and how that will benefit your organization. People feel something when we encounter a well designed experience.

Trying to raise money for a non-profit foundation or campaign?
Don’t just talk share statistics or prove the impact by the numbers. Tell stories, convey feelings and help the people you’re making an “ask” to, put themselves as a part of those stories, feelings and outcomes. The joy of assisting in transformation of life, or the pain of overlooking resolve are very powerful feelings.

Ideas are feelings wrapped in mechanics. People are moved by emotion not logistics, so sell the feeling.

Ideas are feelings wrapped in mechanics. People are moved by emotion over logistics, so sell the feeling. Click To Tweet

Selling an Idea to a Pastor

One of my close friends was having a tough time getting his pastor to let him run with a new idea for various sermon series.  He was constantly hitting roadblocks as his pastor was fearful of a creative failure or lack of connection with technology and theology.

One day I got a call from my fiend asking our live events team to help him pull off this extraordinary creative experience! He was able to convince his pastor?  So I asked my friend to lunch.

When we sat down I said “You’ve been at this church for only a few months and I’m just curious, how in the world did you convince the pastor to allow you to do this? (pointing at the script my friend had in front of him)”

His response to my question amazed me. About 3 months prior to this lunch, he set up a meeting with his pastor. Frustrated with failure of selling an idea in the past, he decided to take a different approach. Instead of telling him “I have an idea to use projection on the walls to help show creation in a new and creative way ” he implored the feelings of the idea and said, “Pastor, what if we could have every single person in our church experience the 7 days of creation, in a way they’d never forget for the rest of their life?”

The difference in the two questions though subtle, had extraordinarily different impact. The first question was mechanical; selling the logistics. The second question beckoned a feeling.

My friend was asking for a chance to brand scripture on the minds of his community like a farmer would brand his logo on the side of a bull or cow. Forever engrained, never forgotten. My friend wasn’t selling an idea as much as he was selling a feeling.

The pastor was intrigued, and after a further discussion, he gave my friend the go-ahead to put this experience together.

They flawlessly executed a beautiful multi-sensory experience that involved projection mapping, smoke, lights, worship team, narration and floating “planets” made from colored paper lanterns all to a beautiful orchestral score and the reading of the creation account in Genesis.

To this day, I haven’t seen something this beautiful around the story of creation. 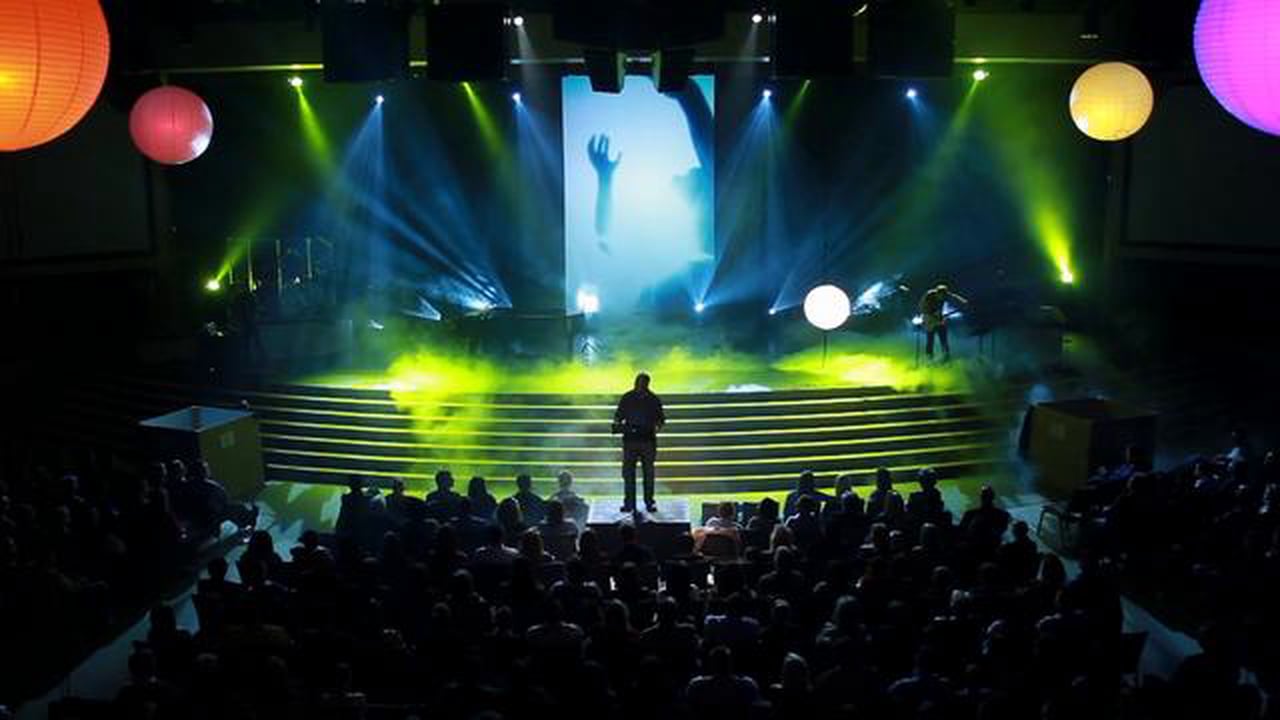 You see, when we sell the mechanics of an idea, it’s tough to look beyond the details, the roadblocks, potential failures and weak points in a plan. But when we sell the feeling of an idea, the way in which it has the chance to move people, transform lives or raise the effectiveness of teaching, we begin to view the idea in the most beautiful light, one that restores and brings life!

So the next time you’re trying to sell an idea: sell the feeling, not just the idea.